Capital of the Marche, its history is closely linked to the Imperial City. Among its fine buildings can be seen: the Trajan Arch, donated by the emperor in 115 BC, the remains of the port of the Republican era on the waterfront Vanvitelli, the ruins of the Roman Amphitheatre, the Cathedral of San Ciriaco, the Teatro delle Muse the Piazza del Plebiscito, known as “Papa”, the State Museum of Homer, the only example of a tactile museum for the blind in Europe and beyond, the Diocesan Museum with tapestries of Rubens; Ferretti Palace which houses the Museo Archeologico Nazionale delle Marche; Mole Vanvitelliana known as the Lazzaretto, the War Memorial at Passetto. Do not miss: all’anconetana cod and wine Rosso Conero DOC and DOCG 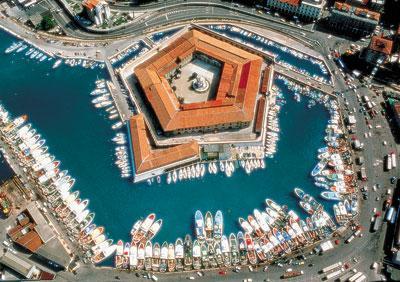