Rich in ancient remains such as the thirteen statues of Roman imperial era preserved in the Palazzo Comunale, the Cathedral and the Shrine dedicated to St. Joseph of Cupertino, the destination of many pilgrimages. Opportunity to visit the caves, an example of the underground city of rare beauty. Do not miss: The Rabbit in Porchetta, the Vincisgrassi and Vino Rosso Conero DOC and DOCG.

City of medium to large size, Osimo covers a hilly area.
Its historic center is spread over two hills, the highest of which, on which stands the Dome of the city, called La Gomera.
The valley between two hills, once visible in the line of the old town has been increasingly tied to any resurfacing. 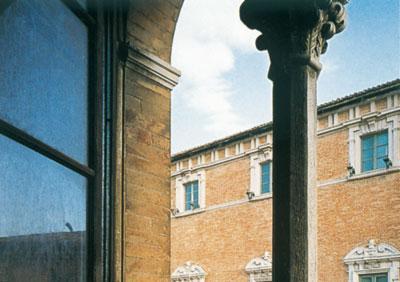